In June of 2020 Trustee Angeliina Lawson asked the board to vote to make Juneteenth a paid holiday. After the proposal was met with a negative response from other members of the board the vote was postponed until next year and the HR Committee was instructed to investigate making Juneteenth a paid holiday. The HR Committee then turned over responsibility to the paid holiday taskforce, who then sent out a survey mid Oct. asking employees their thoughts on if and how Juneteenth would be implemented into the college’s summer schedule. For a more detailed account of the events leading up to November of last year, read the ledger’s original article.

The deadline for the survey was Oct. 26, at which point the paid holiday taskforce collected the responses. On Nov. 10 the taskforce released their findings in a two-page long report. The report contained three conclusions.

A paid floating holiday is an additional day off that employees can use at any time throughout the year. The report was then sent to the President’s Cabinet, which consists of the President and the Vice Presidents. Cabinet only supported the second recommendation that Juneteenth should be celebrated at the college, stating that because a floating holiday could be used at any time, adding a paid holiday to celebrate Juneteenth would not be sufficient. Dr. Michael McCloud, Vice President of Academic Affairs and Chief Academic Officer, was present for the cabinet meeting in which the report was discussed.

“The actual final comment that came back with that was that we, as a cabinet, would advocate more for a campus day of service that would attempt to provide educational opportunities about slavery, about diversity and equity issues, about the significance of Juneteenth, particularly in the Midwest,” McCloud said. “Those sorts of things, as opposed to the recommendation for a floating holiday.”

During the Dec. 10 Board of Trustees meeting Trustee Lawson pointed out that because the taskforce made three conclusions and not recommendations, the board could not vote on whether or not to make Juneteenth a holiday at the college.

Tai Edwards and Jerry Zimmerman were members of the paid holiday taskforce entrusted to research Juneteenth.

“I think there may have been a trustee member who thought that we were not given for lack of a better term, appropriate direction, but I think our direction was clear, at least in the minds of the task force in the very beginning is it was to go out and do the research that we did,” Zimmerman said. “I do feel like we did do the job we were asked to do.”

“I do think after our work was complete, the process that proceeded thereafter was a little surprising even to the task force members,” Edwards said. “We just didn’t realize that other groups might be weighing in on the work that we did; we kind of thought that HR committee and, or the board would probably be the ones that weighed in on what we were doing, and they did.”

Another source of controversy came from the report that a small number of respondents to the initial survey “included disrespectful, unprofessional and racist comments”. The college implemented several programs aimed at increasing diversity well before the report came out.

“I would say the thing that disappointed me most about that, again, it was a small number,” Edwards said. “I think we should say that I would have to go back and look if we’re talking single digits, but my memory kind of makes it seem single digits.”

“I think this is the right time that we actually included a mandatory diversity and inclusion portion of the training for full-time people,” Zimmerman said. “So that’s why it’s even more disappointing to me that we’ve just been through this, I mean, of all the places that you can possibly work an educational institution where we celebrate diversity and inclusion. I don’t know why people who would comment like that would want to work here.”

“As an open campus, a place of higher learning, we’re supposed to be providing a safe space for people of all kinds to explore new ideas, to even have difficult debates and conversations about things,” McCloud said. “And if the underpinning of this campus is tied to an undercurrent of incivility and racism, then it’s going to be very difficult for us to meet that mission.”

The Dec. 10 meeting ended without any vote on Juneteenth, however that does not signify the end of the Juneteenth debate at the college.

“The faculty are unionized, so the faculty engage every three years in contract negotiations, so theoretically, faculty could bring up all manner of things every three years that they might want to negotiate it,” Edwards said. “We also know that HR changes policies related to all kinds of benefits on basically various timelines.”

“Does that mean we’re going to have Juneteenth as a holiday this year? No, it doesn’t,” Zimmerman said. “But I wouldn’t sit here today and tell you that it’s never going to be.”

“My understanding is that it is still a conversation that the president is having about how to move forward, whether that would be re-engaging with the task force,” McCloud said. “I just don’t know from where I’m sitting, what his intended action is going to be.” 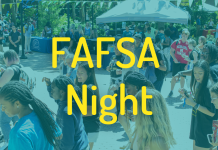 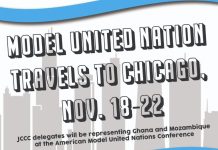 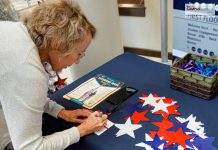