When we were thinking about ways to cover Black History Month, one of my ideas was to write an opinion story about my experience of being a Black man in America. However, now that I am starting to write it, I am almost at a loss for where I should begin so I guess I’ll just start from the beginning.

I was born in Johnson County and as of now I am still a resident of JoCo. Race was never a big conversation in my house, although my family would bring it up sometimes, it was never something I actively thought about as a child. Growing up in the suburbs I wasn’t exposed to anything crazy, and I like to think I had a pretty good childhood.

I did well in school, made friends, and didn’t cause any problems in my family – essentially, I was the golden child. However, while things may have seemed okay on the outside I always felt (here comes the cliché) different than my peers at school. There were few people of color at my school and even fewer Black students. Looking back, it makes sense as Johnson County is predominately white; with white people making up nearly 80% of the total population. However, it wasn’t something in the forefront of my mind. I would go to school and talk to my classmates who didn’t care that I had a darker skin complexion than they did. It didn’t matter what I looked like, which is why I never questioned if there were differences outside of skin color.

As I progressed on to middle school and high school, I began to see more people who looked like me, but there was still a divide between myself and some of the other Black students. The phrase “you talk white” was something I heard often and for the longest time I didn’t understand it; and to an extent I still don’t get it. What was wrong with using correct grammar and sentence structures? Why was it weird that I wore a belt with my jeans and clothes that weren’t oversized? Why had I been completely ostracized by people I was supposed to share so much with?

All of these questions would race through my mind at night and would manifest into anxieties that I still carry with me today. I spent so much of my childhood and pre-teen years trying to fit in with my peers and then I got to a point where I couldn’t be everything everyone wanted me to be. Although, it wouldn’t be until much later that I would have that realization. So, I did my best to ignore the snide comments and back handed compliments about my music tastes, clothing preferences and anything else that made me stand out from my peers.

My parents had raised me in a way that was different from a lot of other Black students that I knew. They taught me that an education is the most important thing and the value of hard work. I kept their ideals close to me because I believed what they said was true. However, as I began to meet more people who came from different backgrounds and families, it became apparent to me that everyone was not raised that way. As a child of an immigrant father, I was also taught to be aware of the social injustices in the world. The idea of police brutality wasn’t new to me, but after seeing so many high-profiled murders documented firsthand and posted on social media the inherent injustices of America started to sink in.

I always knew that being a Black man in America would set me apart from any other race. It doesn’t take much research to find how much systematic racism has impacted the Black community. For decades the United States government has created policies and initiatives that unfairly target Black Americans. While these were all things that I was aware of it was always something that I kept in the back of my mind until last year. With the death of George Floyd reigniting the Black Lives Matter movement and a global pandemic raging on, I was left with a lot of time alone to think about my experience as a Black man.

As I touched on a little earlier, I think I had a good childhood. My family always made sure I had everything I needed and then some. I was never exposed to any drug use or violence and because my family believed education was important I always did well in school. I’m thankful for all the opportunities I’ve had in my life and I realize that in some ways I have a little bit of privilege than some Black men. I’ve never been questioned by the police or been followed around a store by an employee to make sure I wasn’t stealing. I’ve never been called a racial slur or gone to bed wondering if I’ll be able to afford food the next day. When I started to think about all the freedoms, I’ve had I felt guilty, because I know not everyone who looks like me has those.

What I’ve come to realize is that I have been granted an opportunity to speak up for those who can’t speak for themselves. Because of my experiences I have a unique perspective; I am able to see what life is like for Black people, but instead of being trapped in that situation I can do something about it.

It has taken a long time for me to be comfortable with sharing this with people. Part of me knows that some people will never understand what it’s like to live in a community where you’re the only one who’s different. But another part of me; a more optimistic part knows that there are people who want to see the world through a different light. My goal in sharing my experience with you all is not to make anyone feel bad, but to acknowledge the inequalities and do something about them. In the last year so many injustices have been brought to light, and while there is still so much work that needs to be done to have justice, I’m hopeful for the future. 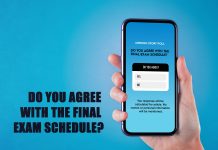 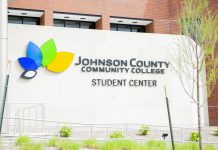 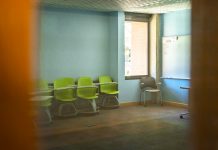 Students and staff recollect on the Spring semester