JCCC has an observing deck on the roof of the CLB building which is equipped with two permanently mounted 12-in telescopes and a hard mount for an additional telescope. The observing deck is used throughout the semester for general observing by students enrolled in Astronomy, ASTR 122. We also host a public viewing session once per semester called Evening With The Stars. 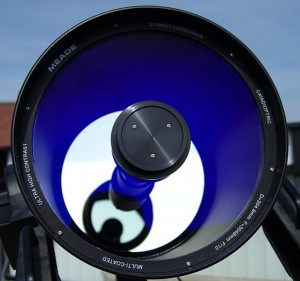