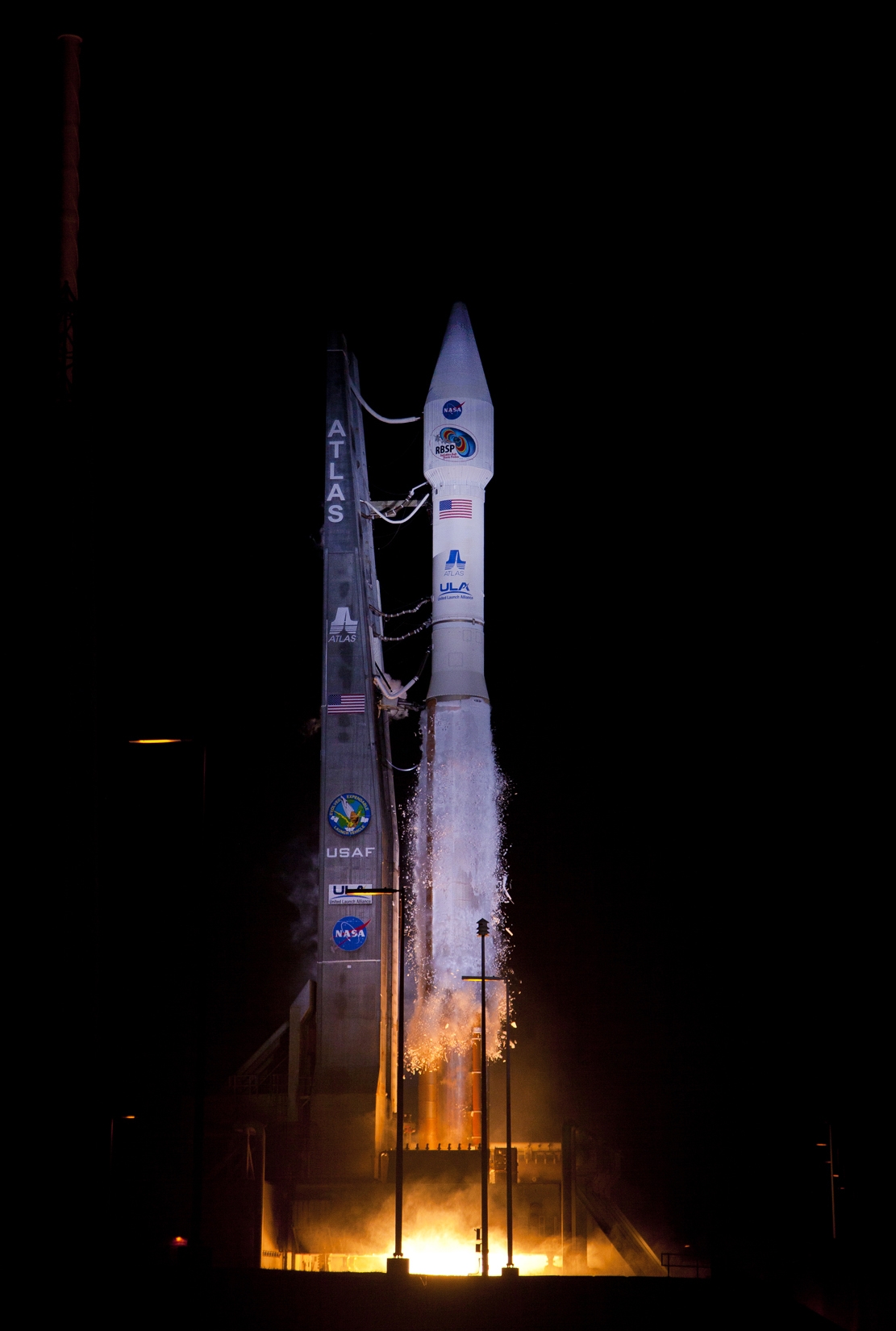 We headed back to Mars! This time, the new Mars rover, Curiosity, will be better equipped to discover signs of Martian life, either current or from the past. One of the things that NASA has been doing very well as of late is to promote its new launches and make video of those launches available through a wide variety of outlets. Most cable and satellite TV providers have NASA TV as part of their basic package, but if you don’t have NASA TV at home, you can always stream it from their website at http://www.nasa.gov/multimedia/nasatv/. Below is the official press release from NASA about the upcoming launch and details about pre-launch press conferences discussing the mission.

PASADENA, Calif. — NASA’s Mars Science Laboratory spacecraft with the Curiosity rover is set to launch to the planet Mars aboard an Atlas V rocket on Nov. 25, 2011 from Space Launch Complex 41 at Cape Canaveral Air Force Station in Florida. The launch window extends from 10:25 a.m. to 12:08 p.m. EST (7:25 a.m. to 9:08 a.m. PST). The launch period for the mission extends through Dec. 18.

The spacecraft will arrive at Mars in August 2012. Curiosity has 10 science instruments to search for evidence about whether Mars had environments favorable for microbial life, including the chemical ingredients for life. The unique rover will use a laser to look inside rocks and release their gasses so that a spectrometer can analyze them and send the data back to Earth.

Briefings about the mission are scheduled throughout the week leading to launch and will be held at the Kennedy Space Center’s Press Site.

Curiosity Mission Science Briefing: This briefing will immediately follow the prelaunch news conference. Participants will be:

A post-launch news conference will be held at the NASA News Center approximately 2 ½ hours after launch.

NASA Television Launch Coverage
On Friday, Nov. 25, NASA Television coverage of the launch will begin at 8 a.m. EST (5 a.m. PST) and conclude after spacecraft separation from the Atlas V occurs 53 minutes, 49 seconds after launch. Live launch coverage will be carried on all NASA Television channels.

A post-launch news conference will be held at the Kennedy press site approximately 2 ½ hours after launch.

Ustream Coverage
The Mars Science Laboratory news conferences, briefings and launch will be streamed live on Ustream at http://www.ustream.tv/nasajpl .

NASA Web Coverage
Extensive prelaunch and launch day coverage of the liftoff of the Mars Science Laboratory spacecraft aboard an Atlas V rocket will be available on NASA’s home page on the Internet at: http://www.nasa.gov .

To view the webcast and the blog or to learn more about Mars Science Laboratory, visit the mission home page at: http://www.nasa.gov/msl and http://mars.jpl.nasa.gov/msl .

The full version of this story with accompanying images is at:
http://www.jpl.nasa.gov/news/news.cfm?release=2011-349b&cid=release_2011-349b

This is a perfect reason why we need to be focusing more effort into Space Weather research, and especially prediction. The STEREO-A spacecraft imaged a coronal mass ejection (CME) impacting the Earth in December 2008.

You can read more about this event and the potential devastating affects of CME’s at Science@NASA, http://science.nasa.gov/.