Ratatouille: The Tik Tok Musical is a crowdsourced concept-concert based on the 2007 Disney/Pixar film Ratatouille directed by Brad Bird. After Emily Jacobson’s short but powerful Ode to Remy (Remy the Ratatouille) went viral on Tik Tok, many users asked what a Broadway production of Ratatouille would look like, and thus song after song, line after line were pitched, changed and accepted until the January First premiere. The show stars Tituss Burgess as Remy and Andrew Garth Feldman as Linguini and features Adam Lambert as Emile, Kevin Chamberlin as Gusteau, Wyane Brady as Django, Ashley Park as Colette, Mary Testa as Skinner and André De Shields as Anton Ego. Virtual ticket sales benefited the Actor’s Fund.

For what it is, the show is as good as it possibly can be. All of the actors performed in separate spaces and were edited together to have coherent dialogue and harmonies. As a result, the show feels fractured, and despite the amount of work the entire team put in it never really quite clicks together. However, the show manages to avoid the pitfalls of Gal Gadot’s disaterous Imagine video and the mediocrity of Father of the Bride 3…ish by walking a tightrope between being under and over written. There are some truly delightful moments, such as Gusteau’s number “Anyone can cook” and Wayne Brady’s is amazing, but it never tries to be something it’s not. By embracing its own inherent flaws, it turns them into strengths.

I found it hard at first to express what Ratatouille: The Tik Tok Musical means to me. Sure, it was well done, and I enjoy the movie that it’s based on, but I felt something deeper after the final song was over. I felt weird about caring about this rat musical, especially since the show itself didn’t take itself as seriously I as did. After a few days of mulling it over I finally put my finger on what I thought was so special about this performance. Whether they knew it or not, the 200,000 people who contributed to the making of this project enhanced the message of the original work. The story about perusing passion through overwhelming difficulties takes on new meaning when told through a social media platform that was nearly murdered by the president, in the midst of a global pandemic, for the benefit of out of work actors. The most remarkable thing about this show is that it exists at all, that this rat musical is something we can watch and enjoy in the midst of this nightmare we’ve been living in for the past year.

In a vacuum Ratatouille: The Tik Tok Musical is fine, but the amount of passion and love put into this project surpasses any arbitrary standards of good or bad. This musical belongs along the great fan works of Shrek Retold and Bikini Bottom Horror (the latter of which is not for the faint of heart), and I think it will be remembered fondly as an artifact of the deeply weird period of time we’re all living through. 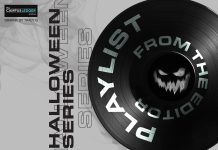 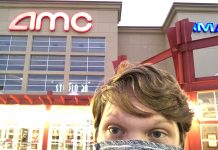 Back to the theater 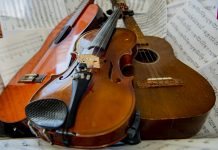 Hobbies provide students an outlet to express themselves