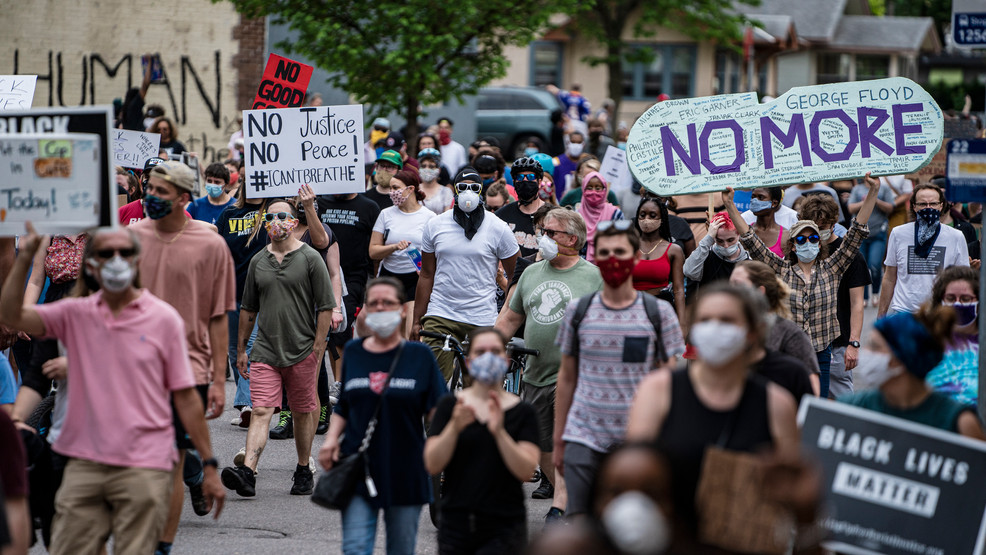 Protests have erupted across the United States this past weekend after the death of George Floyd. People from Seattle to New York have gathered to stand against police brutality – Kansas City, Topeka, and Lawrence included.

If you are wanting to support the protestors and the fight against police brutality, you can help by donating to or getting involved with the groups below:

George Floyd Memorial Fund– “This fund is established to cover funeral and burial expenses, mental and grief counseling, lodging and travel for all court proceedings, and to assist our family in the days to come as we continue to seek justice for George.  A portion of these funds will also go to the Estate of George Floyd for the benefit and care of his children and their educational fund.”

Black Lives Matter-“Join the Movement to fight for Freedom, Liberation and Justice by signing up for updates, supporting our work, checking out our resources, following us on social media, or wearing our dope, official gear.”

Kansas City Community Bail Fund– “Our mission is to give those who cannot afford bail a fighting chance at getting a positive outcome in their case rather than be persuaded to plead out through the use of a revolving fund.”

National Police Accountability Project– Brought to you by the National Lawyers Guild, NPAP “is a non-profit dedicated to ending law enforcement abuse through legal action and educational programming.”

Here are two petitions to be aware of as well: