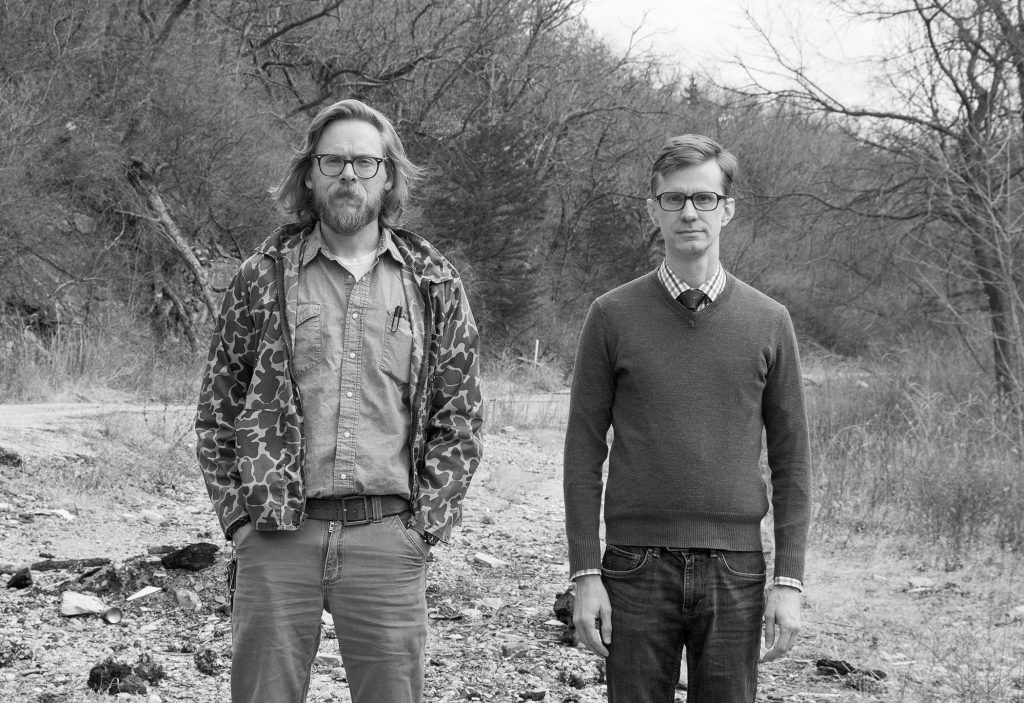 They are observing and reporting on the way the natural landscape changes an area that once was used by hundreds of vehicles every day.  They seek to answer the question, “What is a road when it no longer supports the swift movement of automobiles?”

As part of their work, Jackson and Hock are giving tours of the abandoned stretch of road every Saturday in September and October.  The tours, which last between 45 and 90 minutes, begin at 4 pm.  To participate in a tour go to the north entrance to the Blue River Road Annex, which is just south of Bannister Road, next to the 95th Street soccer fields.   In addition, during September and October, the Blue River Road Investigators will be giving updates on their research that highlight changes taking place on the road.  The presentations will be at 6pm on Sept. 20, Oct. 4, and Oct. 18, at Epperson Auditorium on the Kansas City Art Institute campus.  Each presentation will feature a special guest who will give a presentation on a specific feature of Blue River Road.

This entry was posted in English Department News. Bookmark the permalink.