I wrote a brief piece on the topic of neutrality and politics in academic work that is now up on the Blog of the APA. I argue that while it can be appropriate for professors to ‘take sides’ on political controversies in the classroom and in their research, there comes a point where they cross over into less defensible forms of activism.

The ‘post-liberal’ dabbling in illiberal political philosophy by people of some influence is ugly. Times are hard, and the US is politically and culturally deeply divided, its core political institutions precarious and deeply lacking in confidence and effectiveness. It is easy to feel we are living through a profound crisis and irreversible national decline. Many will be persuaded that the time has come to ask openly whether our traditional commitment to limited government and individual rights continues to serve us well. Combine this with an openly seditious major political party with established ties to well armed if motley crews of radicals hungry for political violence and the chances of serious political mischief is very real. Keep reading…

A philosophical streetfight is raging in American conservatism right now, pitting aging partisans of William F. Buckley and Ronald Reagan’s Cold War/libertarianism/social conservative ‘fusionism’ against younger ‘post-liberal’ upstarts with little interest in any of that. A curious affair, the debate represents efforts to answer anew some of the oldest and most basic question in Western political philosophy, questions like what is prior, the state or the individual? and are there universal moral values to which governments can be held accountable?, and what are the conditions of the legitimate use of state power? It also represents an unsettling development in contemporary politics. Keep reading…

A curious thing came of growing awareness of the ways mistreatment of children was too often tolerated so long as it was passed off as ‘punishment.’ First came a growing discomfort with the very idea of punishing children, and then, in time, to a shift to talk of first natural, and then logical ‘consequences’ as an alternative. The idea, to be very brief, was that children learn to manage their behavior better when they are allowed to suffer their unenjoyable results. Let the world be the heavy here, parents were told, thereby sparing yourself the burden of knowing you are using your authority to impose your will on vulnerable youngsters by punishing disobedience. Keep reading…

The almost amusing echos notwithstanding, there are some important ways in which our current cultural moment is different than that described by Hook. To bring these out we can make use of the useful set of ideas introduced by Hook in his title.

A ‘heresy’ for Hook is a view falling outside of an orthodoxy of any sort, and he is quite willing to defend the rights of heretics so defined. Minority opinions, unpopular ideas, scandalous judgments, religious apostasy, mutterings unwelcome in polite society—pretty much any speech or thought someone somewhere puts beyond the pale is welcomed by Hook with open arms, and he makes no exceptions of the ideas animating Communism. Reading and writing about and teaching the ideas of Marx, Lenin, Stalin or Mao should not land anyone in any kind of hot water. Nor should trenchant criticisms of capitalism, democracy, the Bill of Rights, Christianity, or anything else held sacred in the US. To the contrary, Hook argues college students should be exposed to such ideas, and—importantly—the ‘democratic responses’ to them. In classic liberal fashion Hook celebrates a cacophony of ideological voices as a vital contribution to the common good.

Sidney Hook’s Heresy Yes, Conspiracy No, published in 1953, tried to weave a way between the excesses of McCarthyism and what its author took to be the naive indifference to the real dangers of Soviet communism rampant among American liberals. Mostly known now as an embarrassing if well intentioned attack on Academic Freedom at the hight of the Red Scare, the book is actually an insightful exploration of the limits of liberal tolerance and the paradoxes of the liberal impulse to embrace illiberal beliefs in the name of free speech. If nothing else it can be read now as a reminder that today’s culture wars have deep roots. But Hook’s insights find eerie echos in todays shrill and divided politics.

Kathleen Stock’s Material Girls: Why Reality Matters to Feminism has its virtues. The book is well written, and compared to the levels of vicious vitriol normally accompanying work on transgender issues, it is generally even handed and fair minded, if a bit sharp and sarcastic at times. As one of the most visible and beleaguered defenders of the ‘gender critical’ take on transgenderism, Stock is known for wading into the most contentious online debates imaginable and she had been the occasion for some appalling attacks on academic freedom as result. In Material Girls Stock laudably tries to defuse things as she plays the analytic philosopher of her training, arguing with rigor and restraint, considering her opponents’ arguments with care, and searching for as much common ground as possible. Keep reading…

The number of American children who are homeschool has grown exponentially in recent decades, but remains comparatively low—a reasonable estimate would put it in the area of 4% the school aged population. Many homeschooling parents are conservative Christians who go this route in large part for religious reasons, and these parents dominate the self-identified homeschool movement and its largest and most effective lobbying organization. This is also the population that most readily comes to mind when the topic of homeschooling is broached.

It might be tempting, then, to imagine homeschooling as simply another facet of the conservative evangelical world living at the margins of mainstream American culture, of a piece with the rural religious private schools teaching creationism and abstinence before marriage. A Harvard Magazine article profiling the work of Law Professor Elizabeth Bartholet published last year—and the culture war dustup that ensued—suggests there is quite a bit more at stake. Keep reading…

I’ll be talking a bit about how we should think about the value of childhood at the APA Central.

The Spectrum of Sex: The Science of Male, Female, and Intersex by Hida Viloria and Maria Nieto purports to show it is unscientific to believe there are only two biological sexes, that believing this is of a piece with bad things like eugenics, and that the world needs to do much better in how it thinks about and treated intersex people. In the first two of these goals I think the book fails. Oddly, it barely argues for the “spectrum” of its title, and the authors never explain what they think it would mean for biological sex to be a spectrum. While it repeatedly claims intersex constitutes a third sex category, its most impressive parts work against that conclusion. The authors also regularly abandon their project for the much more modest and less controversial goal of showing sexual expression—in physical traits and in gender—falls along a spectrum. For their part, the moral and political parts are mostly unsupported assertions even if its renunciation of mistreatment of intersex people is obviously sound. 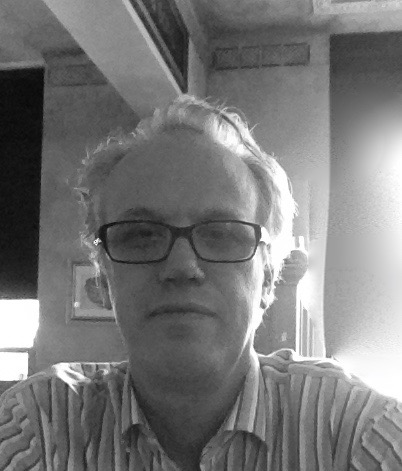