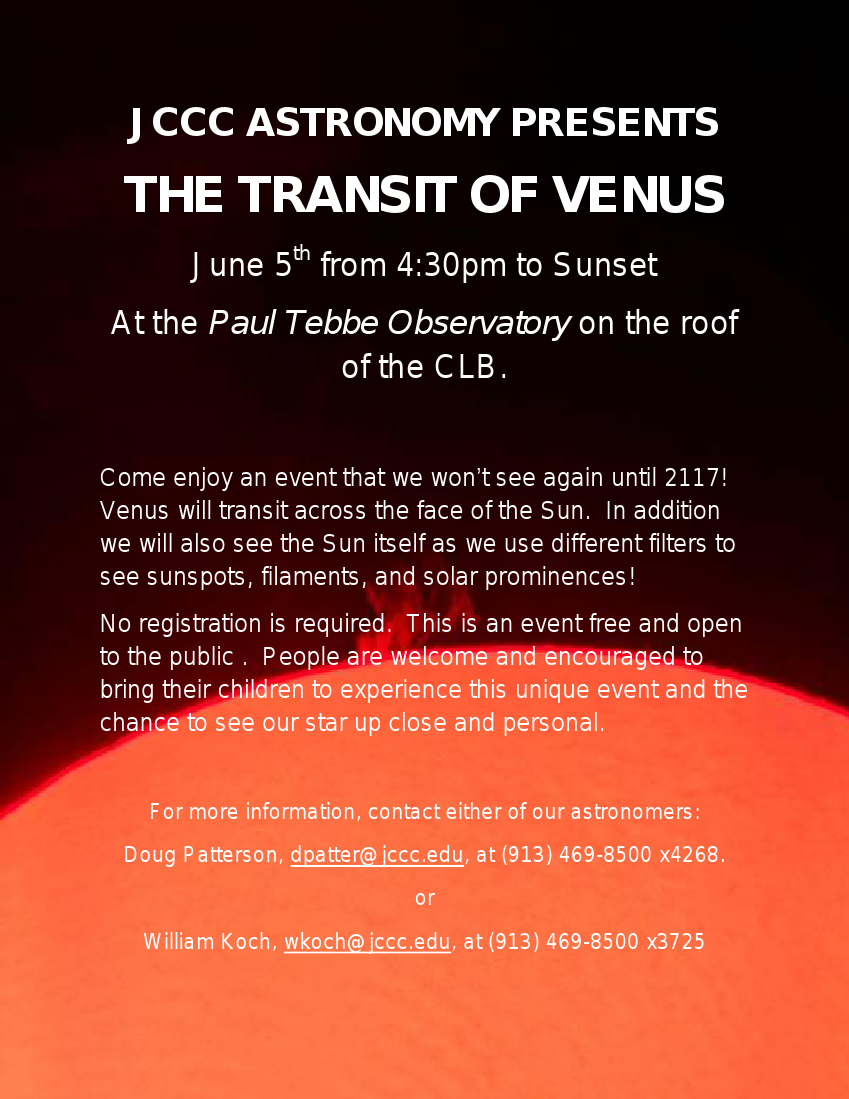 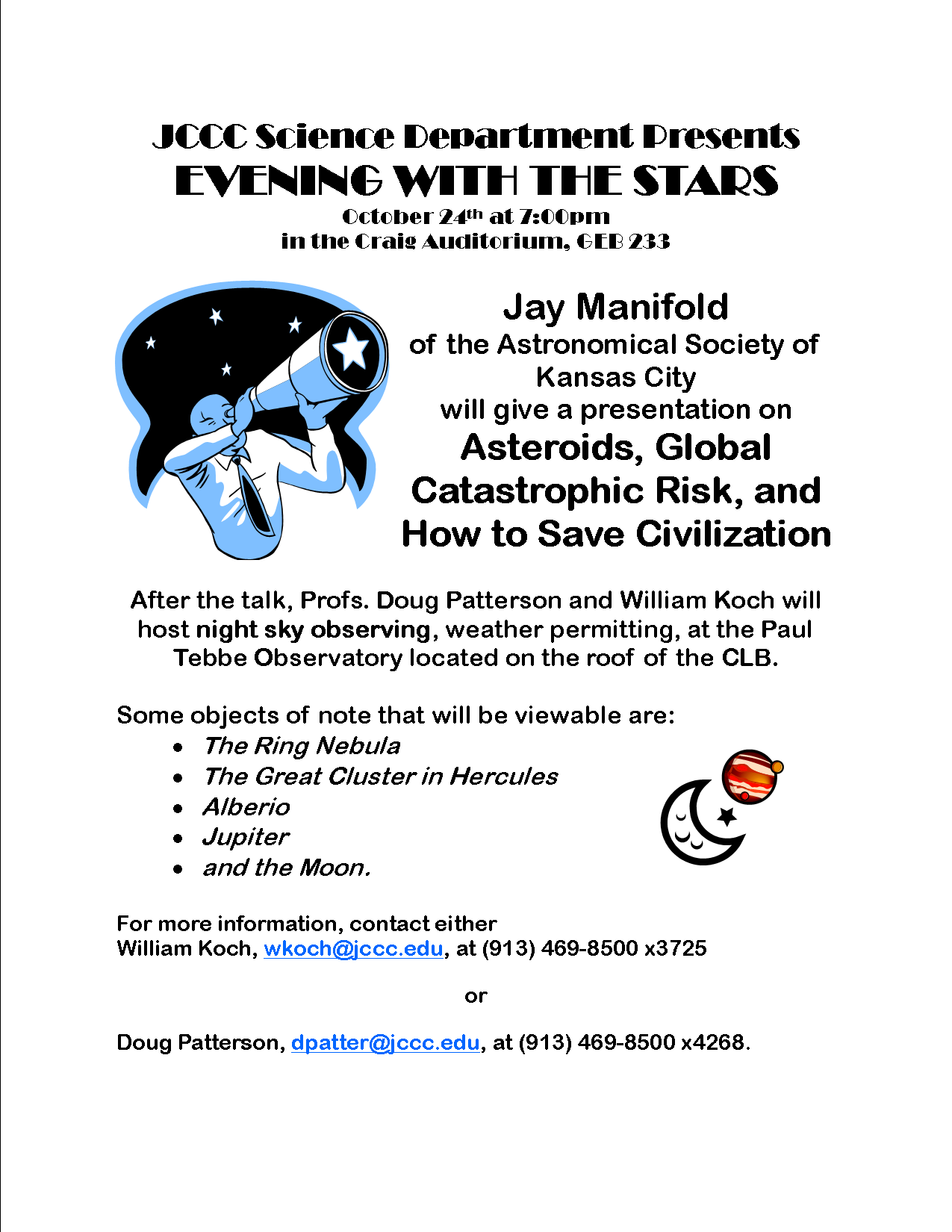 The Evening With The Stars this spring had a great turn out. Thanks to all who came out. Leo gave a great talk, and I’ve heard from many of the attendees that they really enjoyed the evening. Unfortunately, the weather was not as cooperative and clouds ruined our planned observing. We’ll try again in the Fall when we have our EWtS event again. Here are some pictures from the evening.

The JCCC Science Division presents anEVENING WITH THE STARS

Leo “Bud” Johns
of the Astronomical Society of Kansas City
will give a presentation on
Kings and Queens; Myths and Monsters: A Tour of the Spring Sky

Followed by night sky observing, weather permitting, with Prof. Doug Patterson at the Paul Tebbe Observatory located on the roof of the CLB. Some objects of note that will be viewable are: