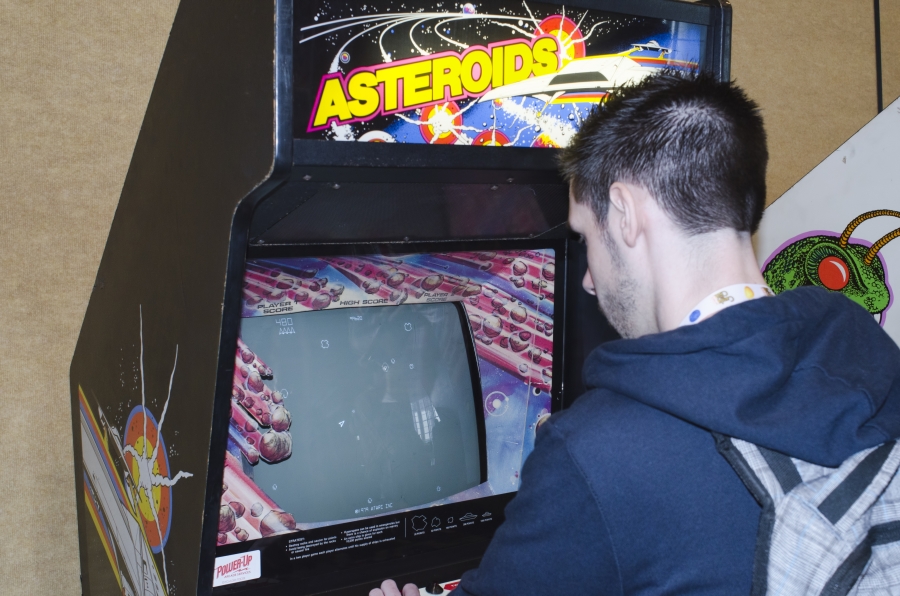 Tuesday was Day Two of the Math and Physics for Game Programmers tutorial. Monday was all about the mathematics, and Tuesday was supposed to be all about the physics. There was one great talk from which I was able to extract a better understanding of configuration space objects, but the rest of it was …meh. As with yesterday, those talks which were edited and tweaked from last year showed improvement, those that weren’t still sucked.

The day started out with a demonstration of a simulation of a Go stone. …yeah. A stone. It seemed that the speaker, Glenn Fiedler from Sony Santa Monica, was simply pleased with himself that he’d recreated the wheel. He went through the process of creating his stone model, then he described the basic translation and rotational dynamics he deployed without discussing the specific details. It might have been a more fruitful talk if there were more details in how he was integrating the motion, why the integration works the way it does, and described the fundamental principles involved. Although his simulation worked pretty well, during talk, there were a few conceptual errors, especially about the properties of the moment of inertia tensor. He kinda had the right idea, but not really. Granted it’s a tough thing to pick up on your own, but if you’re giving a talk on the topic, you should have a genuine and thorough understanding of the topic. 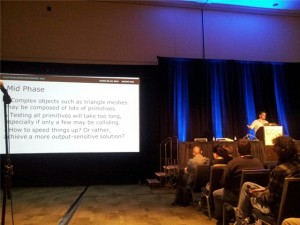 The second talk of the day was “The Separating Axis Test” by Dirk Gregorius from Valve. Gino van den Bergen of Dtecta gave a talk last year on collision detection using Minkowski differences and configuration space objects, but I must admit that the process was still fuzzy to me. Dirk’s talk on the issue really helped. Don’t get me wrong, Gino is the man and does a great job, and when his talk came up later in the afternoon, I was able to grasp a bit more about how CSOs work. I doubt that they’ll make it into the PHYS191 course in a formal way, but I may put a bonus section on it in the textbook this summer if for no other purpose than to ensure that I understand it correctly myself. No better way to see if you really understand something that to try to teach it to someone else. The rest of the afternoon was rather blah, unfortunately. Dirk’s and Gino’s talks certainly made up for the mediocrity of the others.

Since the Expo Hall isn’t open until Wednesday, during my downtime between when I left the physics tutorial and supper, I worked on taking some photos. I took some of this earlier in the morning on my way to breakfast, but was disappointed with the results. Yes, I was at the Rally in the 100 Acre Wood, but I didn’t work on many panning shots there so I’m really out of practice. That showed as I tried to get some panning shots of cyclists and streetcars. I gotta get back into proper form before the Kansas City Region SCCA season starts and definitely before the first IndyCar event I’ll work, the Indianapolis 500 Mile Race. Definitely have to have good panning skills there. 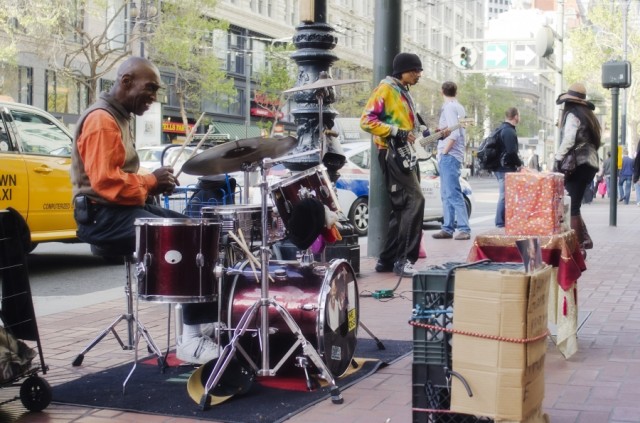 Of course, one thing that is ever-present in San Francisco around the touristy areas are the street performers. Most are simply annoying, but there are some, like this duo, that really sounded good!

One of the coolest new things I’ve seen at GDC so far is the Video Game History Museum alcove. They have several coin-ops including one of my favourite games, Asteroids! (where’s my two-liter of Shasta and my Rush mix-tape?) The also had several classic consoles, some well-known, others not as well-remembered. Of course they had the Atari VCS (later known as the 2600), but they also had a Vectrex! That’s a tough find! There weren’t too many of these machines made, and even fewer of them have survived in playable form. The day ended with a stroll through Chinatown, a requisite visit every year. There wasn’t anything new, really. The same peddlers were peddling the same cheap, cheesy crap. One change that greatly disappointed me was the defacement of one of Banksy’s pieces. I now feel very fortunate to have imaged this a few years ago. It was a really cool work, but now in spite of the plexiglass overlay placed in hopes of preserving the street art, it’s been covered with simple scribbles of white spray. It’s a damn shame.

Next post will be all about swag! The Expo Hall opens on Wednesday, and with a light session load today, I’ll be cruising through as much as I can, collecting as many goodies as I can.