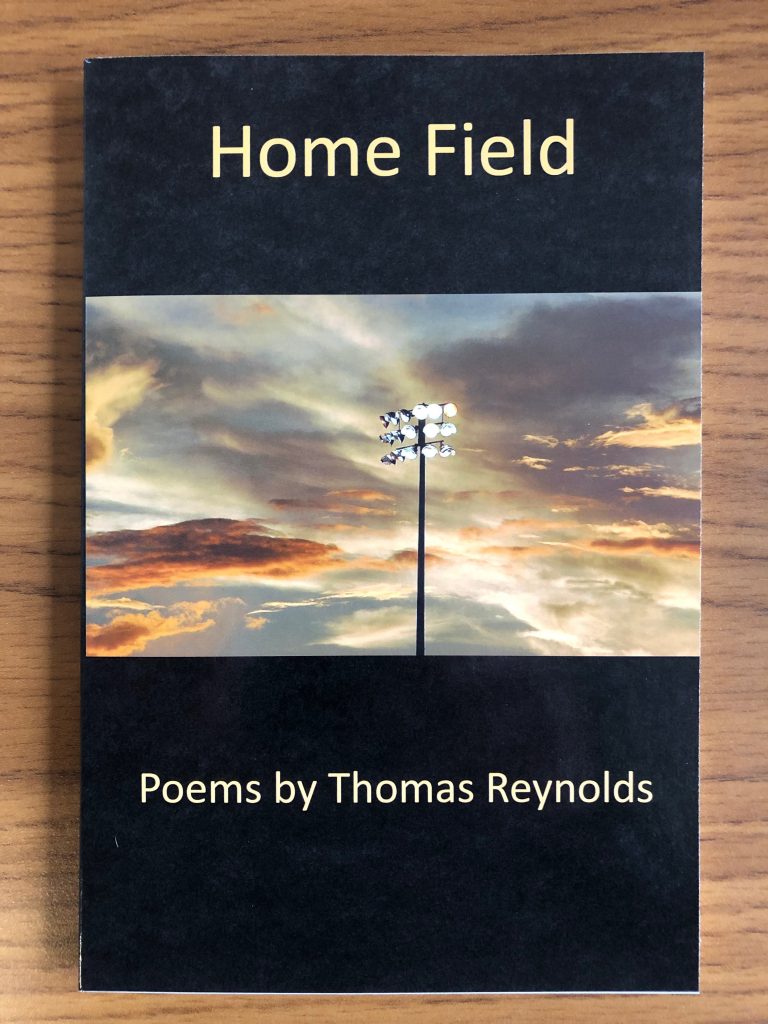 Tom Reynolds, professor of English, has written a new book of poems, titled Home Field. This book, published by Woodley Press, features around 70 poems related to sports, including swimming, running, cycling, boxing, fishing, golfing and playing football.  In some poems, the speaker is the participant, describing a fishing trip, for example, where nothing is caught.  In other poems, the speaker observes the football team on the field or the high school girl getting ready for her 1600-meter run in the state championship.  The book is divided into five sections: Pre-Season, The Season Begins, Mid-Season, The Season Ends, and Post-Season. Eventually, Home Field will be available on Amazon, but for now, you can order through Woodley Press (http://woodleypress.org) or speak to Tom personally.

This entry was posted in English Department News, Publications, Writing. Bookmark the permalink.