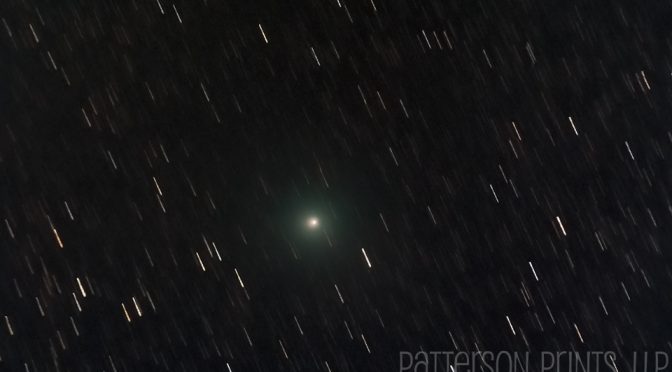 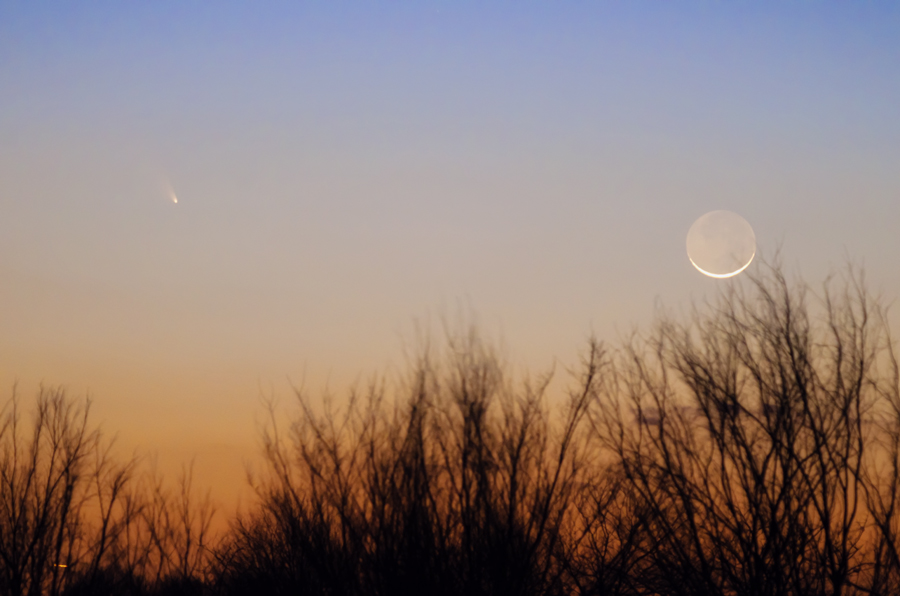 There’s a comet in our skies this week! With Comet PanSTARRS being so close to the Sun and therefore so low to the horizon, seeing this first major comet of the year is tricky! The comet is viewable about a half hour to an hour after sunset, but don’t expect it to leap out at you. You’ll have to look hard for it. With the clear skies last night, I tried to see if I could spot the comet without aid, and it was tough. I couldn’t see it at all at first, not until the skies darkened considerably. I had to wait until a little before 8pm as Orion was starting to become visible before I could find the comet. Even then, I had to look very closely at the sky maps published at Sky & Telescope’s website to make sure I was looking in the right spot. Binoculars really helped. My 200-500mm zoom lens helped more! I finally did get an image of Comet PanSTARRS along side the Moon.

The image I captured was with my Nikon D7000 (a 1.5x crop sensor) with a focal length of 200mm (300mm 35mm equivalent) at f/5.6, a shutter speed of 2 seconds, and at ISO 800. I did some noise reduction in Photoshop, but didn’t do anything else to the image. I like how the night side of the Moon is visible when it’s just an ultra thin crescent like this.

People often ask me, “Doug, why do you live so far out in the country? Wouldn’t it be easier if you lived closer to campus?” Well, sure my commute would be a bit shorter, but then I’d never see night skies like this from my driveway.

During late summer and early fall, if you look to the south in the evening, around 9-10ish, you’ll see the constellation Sagittarius, or more likely a subset of it the asterism of The Teapot. When you’re looking at The Teapot, you’re also looking toward the central core of our galaxy and the disc of our galaxy will extend almost straight upward from it. If you live in the city, this magnificent view will be denied to you by the copious amounts of light pollution from street lights and security lights. In order to get the view I get to see every clear night, you have to drive away from the reach of all those city lights. Getting to see the night sky like this is well worth the extra commute time for me!

This photo is a combination of 28 images each taken at a focal length of 18mm with an aperture f/5.6 and a shutter speed of 6 seconds at ISO 3200. I simply sat the camera on a tripod, locked down the shutter button, and walked away for a while. The images were combined using Deep Sky Stacker, a piece of freeware that automatically rotates and aligned a stack of individual images. It doesn’t take a fancy camera, just patience and good skies. 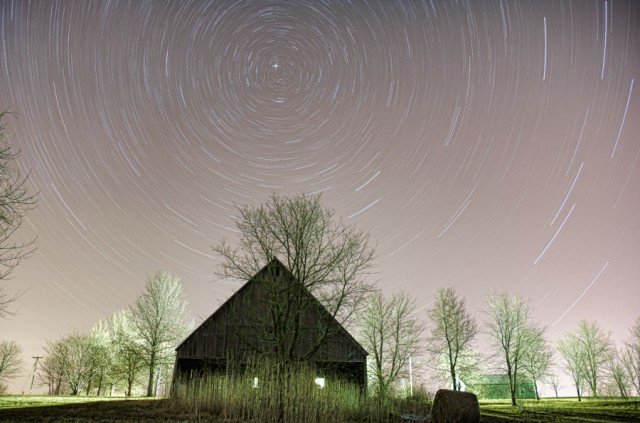